With great sadness, we pass along the loss of a valuable Ohio Task Force 1 member.

Communications Specialist Mark M. Griggs, age 69, passed away on January 21, 2022. He was born on January 8, 1953 to the late Florence and John R. Griggs in Columbus, Ohio.
Before his involvement with OH-TF1, Mark was a first responder to the World Trade Center collapse on 9-11. As a dedicated amateur radio operator, he provided communications support for various responders and operations during the collapse rescue efforts.

Thank you for your service Mark, our entire team will miss your joy and enthusiasm. 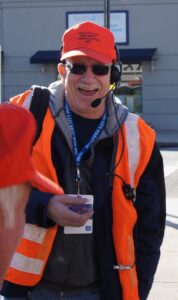